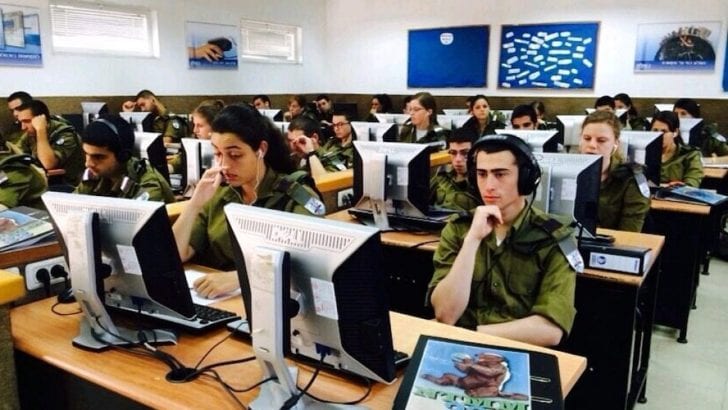 YouTube’s email claimed we had somehow violated their long list of guidelines but did not tell us which one, or how. It simply stated:

“Your video ‘Ahmad Nasser Jarrar’ was flagged for review. Upon review, we’ve determined that it violates our guidelines. We’ve removed it from YouTube and assigned a Community Guidelines strike, or temporary penalty, to your account.”

Such a penalty is not public and does not terminate the channel.

Three days later, before we’d even had a chance to appeal this strike, YouTube suddenly took down our entire channel. This was done with no additional warnings or explanation.

YouTube policies say there is a “three-strike” system by which it warns people of alleged violations three times before terminating a channel. If a channel is eventually terminated, the policies state that YouTube will send an email “detailing the reason for the suspension.”

None of this happened in our case.

We submitted appeals on YouTube’s online form, but received no response. Attempts to find a phone number for YouTube and/or email addresses by which we could communicate with a human being were futile.

YouTube’s power to shut down content without explanation whenever it chooses was acutely apparent. While there are other excellent video hosting sites, YouTube is the largest one, with nearly ten times more views than its closest competitors. It is therefore enormously powerful in shaping which information is available to the public–and which is not.

We spent days working to upload our videos elsewhere, update links to the videos, etc. Finally, having received no response or even acknowledgment of our appeal from YouTube, we decided to write an article about the situation. We emailed YouTube’s press department a list of questions about its process. We have yet to receive any answers.

Finally that evening we received an email with good news:

Our channel was visible once more. And YouTube had now officially confirmed that our content doesn’t violate its guidelines.

Ultimately, the YouTube system seems to have worked, in our case. Inappropriate censorship was overruled, perhaps by saner or less biased heads. In fact, we felt that there might at least be one positive result of the situation—additional YouTube employees had viewed our videos and perhaps learned much about Israel-Palestine they had not previously known.

But the whole experience was a wakeup call that YouTube can censor information critical of powerful parties at any time, with no explanation or accountability.

Israel and partisans of Israel have long had a significant presence on the Internet, working to promote the Israel narrative and block facts about Palestine, the Israel lobby, and other subject matter they wish covered up.

Opinionated proponents of Israel post comments, flag content, accuse critics of “antisemitism,” and disseminate misinformation about Palestine and Palestine solidarity activists. Many of these actions are by individuals acting alone who work independently, voluntarily, and relentlessly.

In addition to these, however, a number of orchestrated, often well-funded projects sponsored by the Israeli government and others have come to light. These projects work to place pro-Israel content throughout the Internet, and to remove information Israel doesn’t wish people to know.

One such Israeli project targeting the Internet came to light when it was lauded in an article by Arutz Sheva, an Israeli news organization headquartered in an Israeli settlement in the West Bank.

The report described a new project by Israel’s “New Media desk” that focused on YouTube and other social media sites. The article reported that Israeli soldiers were being employed to “Tweet, Share, Like and more.”

The article noted, “It is well known nowadays that what happens on Facebook, Twitter and YouTube has great influence on events as they occur on the ground. The Internet, too, is a battleground.” It was “comforting,” the article stated, to learn that the IDF was employing soldiers whose job was specifically to do battle on it.