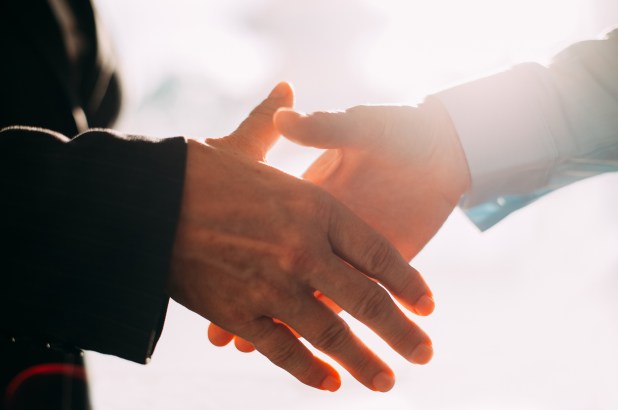 A German court ruled a Muslim man should be denied citizenship after he refused to shake the hand of a female immigration official due to religious reasons.

The 40-year-old unidentified doctor from Lebanon applied for citizenship in 2012 and then aced the exam with a perfect score, German newspaper Deutsche Welle (DW) reported.

As part of the process, he also signed a declaration denouncing extremism and expressing loyalty to the German constitution.

But when he rejected a female official’s handshake at his 2015 naturalization ceremony, she withheld his certificate and ultimately denied his application, the paper reported.

The doctor argued he had only refused to shake her hand because he promised his wife he would not shake another woman’s hand, and his religious beliefs forbid him from doing so.

But the higher court ruled that anyone who refuses to shake hands on gender-specific grounds was violating terms about equality in the German constitution.

The handshake could be considered a “fundamentalist conception of culture and values” and this could be interpreted as a rejection of “integration into German living conditions,” the Independent reported.

The court also found that the handshake has legal significance since it symbolizes the conclusion of a contract, the DW reported.

The doctor can now appeal the ruling to the federal court, the outlet said.