Although there are hundreds of Linux distros, all with different ideals and for various purposes, distros made for the sole purpose of gaming are not very common. But, of course, there are some really great options available. We are going to list the best Linux gaming distributions today.

These distros are equipped with various drivers, emulators, and software for a convenient gaming experience, so you can just install them and get the gaming going.

Do note that most of the major Linux distributions support thousands of games with the help of Steam (and Steam Play).

Just for clarification, this list of the best gaming Linux distributions is no particular order.

Steam OS, developed by Valve Corp. (the creator of Steam), is one of the most popular gaming distros. Steam OS is designed for running games from the Steam Store. 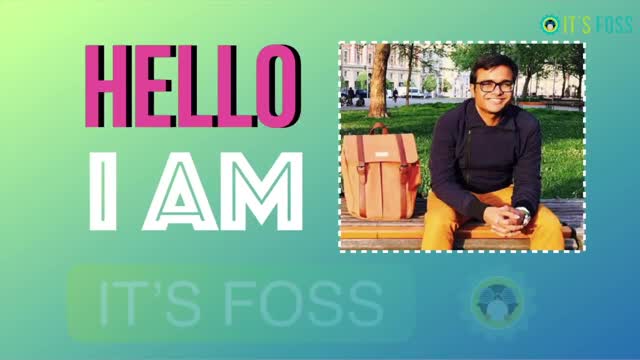 Steam OS supports various graphics cards and joysticks/gamepads. If, by chance, a driver for your hardware is not included out-of-box, you can always manually set that up.

If you are a hardcore Steam fan and own a machine that meets the requirements, Steam OS is without a doubt for you.

batocera.linux is an impressive Linux distro for retro games. You can play retro games from Atari, Super Nintendo, SEGA, Dreamcast, some GameBoy Advance games, and a lot more. However, you need to own the games in order to play them.

You do not need to install the OS by partitioning your hard drive, you just need a USB stick and you can boot directly from it to play the games you own. It also comes with Kodia Media Center integrated, so that you can switch to watching movies when you get bored of games.

Linux Console is a very lightweight, youth-focused Linux distro to install on your PC, gaming console, or servers to play games. It does support a lot of addictive games, like hedgewars and pinball.

You can also install games like Cuphead, by following the official instructions on their website. In addition, you can use it via a Live USB stick or through VMware/VirtualBox.

Game Drift Linux is optimized to give the best possible gaming experience on Linux. It provides out-of-box support for Linux and popular Windows games.

The distro takes advantages of CrossOver technology for running Windows games. You can play more than 1200 Windows games directly within Game Drift. You will also be able to run various other Windows software with CrossOver.

If you want Windows games support and can afford to spend some money buying CrossOver, Game Drift Linux is a good choice.

Lakka OS is completely different from the distros we have discussed so far. This is a lightweight Linux distro that transforms a computer into full-blown game console.

Lakka OS is able to emulate a wide variety of consoles. It brings all these console emulators under the gorgeous front end of RetroArch.

All the emulators are compiled with the best optimizations possible and so Lakka OS runs the games more smoothly than the normal emulators. Most games will require very few hardware resource, except for the Playstation or Xbox games.

If you are a hardcore console gamer and have a machine you want to dedicate, Lakka OS is for you without any doubt.

Fedora Games spin is the perfect example of Fedora’s ability to run games.

None of Steam client, Wine, or PlayOnLinux are installed by default. If you want Steam and Windows games support, you need to manually install those via the package manager. Some preinstalled games also need additional data to be downloaded before playing.

Though this distro is not the very best for gaming, if you are a Fedora lover you might give this one a try.

Ubuntu GamePack is a gaming distro that provides a guarantee to lunch about six thousand Linux and Windows games. It was developed with the intention to fill the gap in game availability between Linux and Windows.

Ubuntu GamePack does not include any games out-of-box. Rather, it opens the door for running Linux, Steam, Windows, and various consoles’ games on your machine.

It also supports Adobe Flash and Oracle Java, so playing online games will not be a problem.

Ubuntu GamePack also provides a dedicated repository with a collection of hundreds of games.

mGAMe (previously known as Manjaro Gaming) is a distro designed for gamers with the awesomeness of Manjaro. If you are a regular It’s F.O.S.S. reader, you know about this one already. We introduced this Gaming distro a while back. In case you missed it, here’s the article: Manjaro Gaming.

A long list of console emulators comes preinstalled with mGAMe. For running Windows games, Wine and PlayOnLinux are included. But if you want to play Steam games, you have to manually install the Steam client, which is a big deal in Arch Linux based distributions as Steam is not officially supported.

mGAMe is a relatively new addition to this genre of Linux distro. But if you are a Manjaro fan, you can try it out.

Sparky Linux Gameover Edition is another great distro for gaming.

Sparky Linux GameOver Edition comes with a special tool called APTus Gamer. It features an easy way to install various consoles, emulators, and other tools for gamers. A long list of emulators is available through APTus Gamer.

It also provides a utility to help with installing proprietary drivers, and an easy way to install multimedia codecs.

If you want a stable Linux distro for gaming that supports a wide range of games from different platforms, just try this one out.

That’s all we’ve got for the best Linux system for gaming. The next time someone asks, “which Linux operating system is best for gaming?” don’t forget to share this article with them. 🙂

Have you tried any of these distros? Which one of these particularly caught you eye? Let us know!

Munif is studying Electronics & Telecommunication Engineering. He loves Open Source and uses Ubuntu as his primary OS. Technology aside, Munif is a TV Series freak and sometimes tries to do some creative writing.